As the garden comes into early summer, the stand-out for this week is the fresh kale.  It’s absolutely beautiful!  And still young, tender and mild.  If you’ve ever wanted to try kale, now’s the time.   We tried making kale chips for the first time this week.   They were really good, but it takes care not to overcook them.   The recipe is here – or you’ll find some other great ideas here. 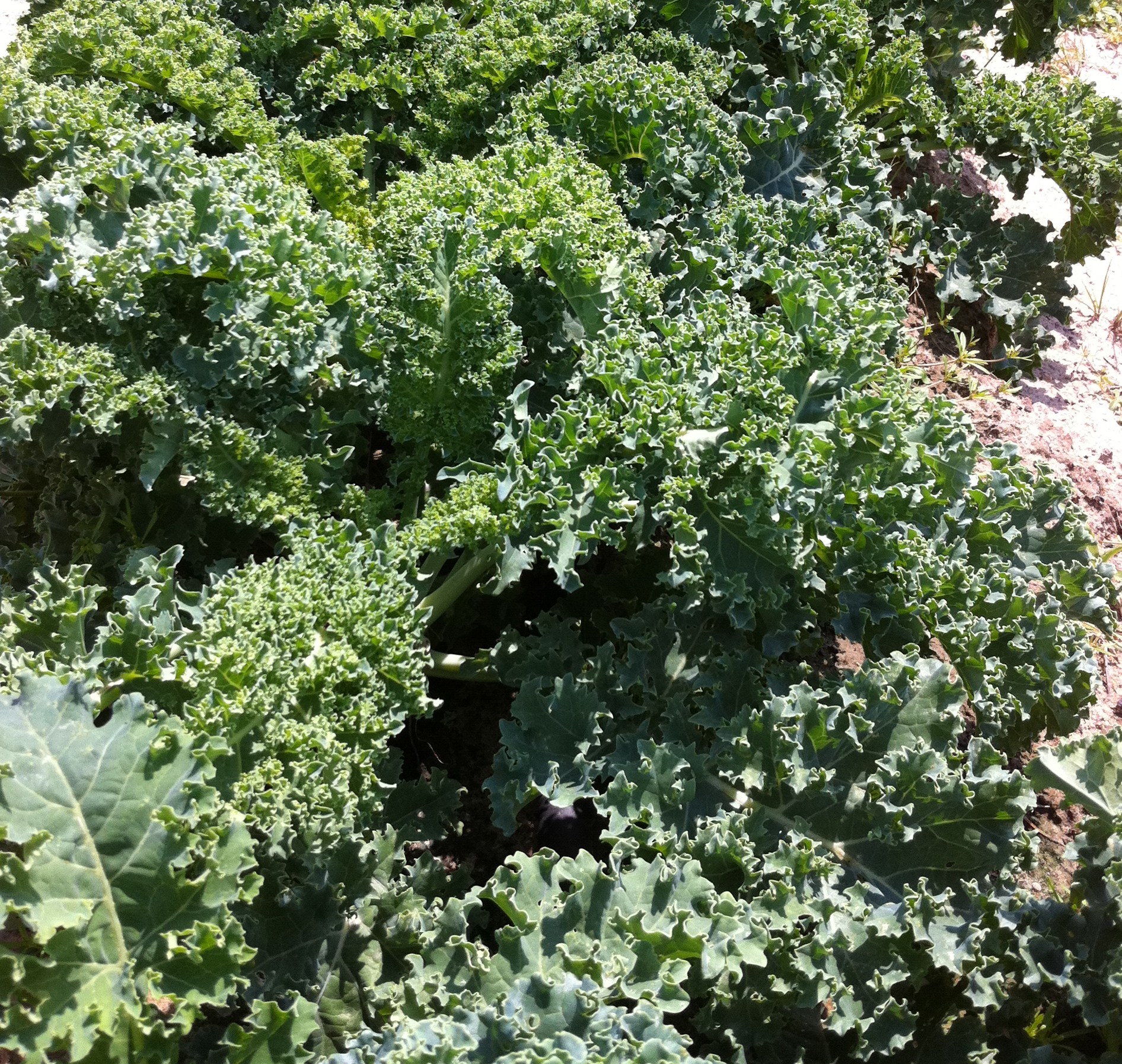 This will be the last week for the mixed spring lettuce, so you’ll want to get them while you can.   We’ll replant with some New Zealand spinach and more heat-tolerant lettuce for later in the summer.  The arugula is also maturing and is thick and peppery – just the way I like it, actually.  It’s a great addition to a summer salad and makes a tasty pesto, too.

We’ll still have some of the fresh fingerling potatoes, new red and yukon gold potatoes, texas sweet and red onions, lemon cucumbers and great summer squashes including the lemon squash and tondo scuro.

We’re finally gaining ground on the gophers and crows who prize our purple royalty snap beans as much as we do – but they took a toll the past week so quantities are more limited than I’d hoped.  We’ve replanted and should have plenty later on.

On the plus side – we picked the first of the black krim tomatoes and the flavor is truly awesome.  I can’t wait to have enough vine-ripe to bring to market in the next week or so.